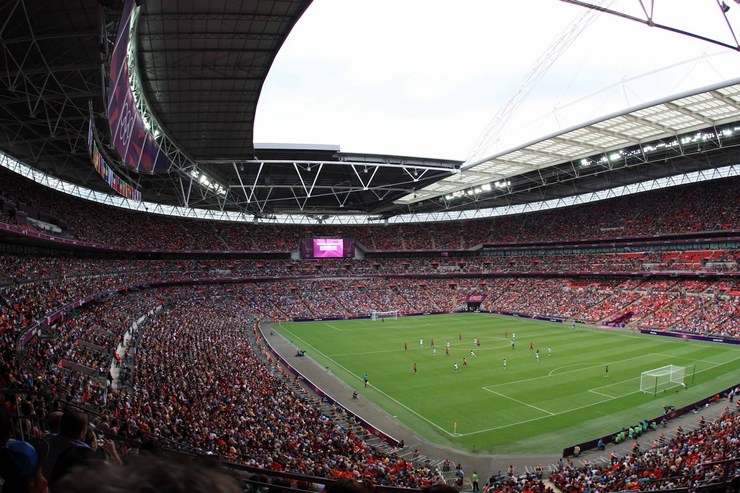 New Wembley is considered the “youngest” of the ten largest football stadiums and can accommodate 90,000 sports fans. It was built in 2007. The football arena in Great Britain was built on the site of the former Wembley. As part of the 2012 Olympics, the final football games were held in this sports arena. In its shape, the structure is similar to a bowl, which has a sliding ceiling. On top of the ceiling there is a 100-meter-high arch supporting the structure.