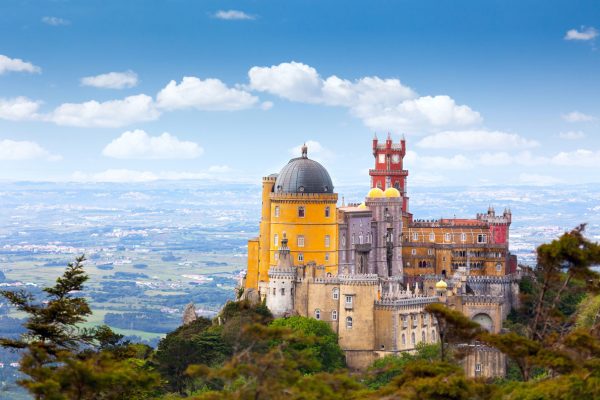 The Palace of Pena Sintra (Lisbon) – Portugal
Located in the Sintra hills, the Park and Palace of Pena are the fruit of King Ferdinand II’s creative genius and the greatest expression of 19th-century romanticism in Portugal, denoting clear influences from the Manueline and Moorish styles of architecture. The palace was built in such a way as to be visible from any point in the park, which consists of a forest and luxuriant gardens with over five hundred different species of trees originating from the four corners of the earth. 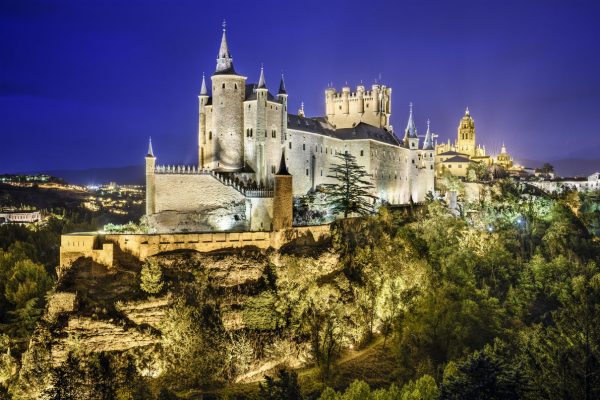 The Alcazar Castle Segovia – Spain
The Alcázar of Segovia (literally, Segovia Castle) is a stone fortification, located in the old city of Segovia, Spain. Rising out on a rocky crag above the confluence of the rivers Eresma and Clamores near the Guadarrama mountains, it is one of the most distinctive castle-palaces in Spain by virtue of its shape – like the bow of a ship. The Alcázar was originally built as a fortress but has served as a royal palace, a state prison, a Royal Artillery College and a military academy since then. The castle is one of the inspirations for Walt Disney’s Cinderella Castle.