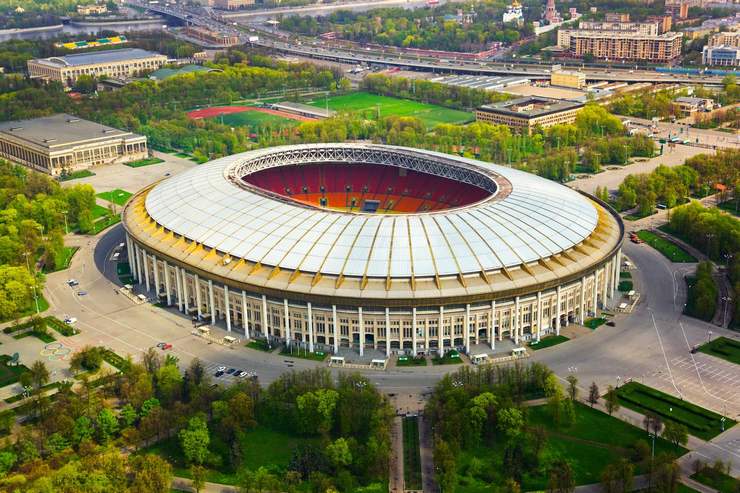 The 10th largest stadium is occupied by Luzhniki, which can accommodate about 89,318 spectators. The reason for the construction of the arena was the remarkable victory of the team from the USSR at the Olympics in 1952. The decision to build the largest facility that could meet international standards for such sports facilities was made in order to increase the country’s sports potential. The building “grew” in a short period of time for such buildings, in just 15 months. On the last day of July 1956, its opening took place in a solemn atmosphere.
The building was rebuilt more than once. At first, it was completely without overlap, at the end of the last century, the stadium was equipped with visors that protected the audience from unwanted weather phenomena. On the eve of the 2018 FIFA World Cup in Moscow, the stadium was again reconstructed in accordance with UEFA requirements. Already today, the lawn flooring of the football field has been brought up to meet the requirements for 5th generation coatings.

Luzhniki is the main venue for the most important sports events on the territory of the Russian Federation, where the World Cup and world competitions are held. It was here that the 1980 Olympics and the 1999 world-famous match between the Russian national team and the FIFA team were solemnly closed. Spacious stands turn the sports arena into the largest venue for large-scale events for a large number of spectators.