Donuts are amazing. They’re a popular dessert for a reason. They’re sweet, they’re chewy, they come in a variety of flavors, fillings and toppings. Some people like the classic glazed ones, and that’s fine, sometimes the simplest foods are the best ones. But that’s not the ones we’re going to talk about right now. Today we’ll celebrate variety and uniqueness. We’re embracing the weirder things in life. We’re going to show you some of the most unusual, delicious and over the top donuts that will make you salivate at the mere sight of them. Here we go.

Everything tastes better when it’s rainbow colored, you can’t argue with that. But whether you prefer rainbow filling, rainbow glaze, rainbow sprinkles or just rainbow dough – all of those options are available in donut form. 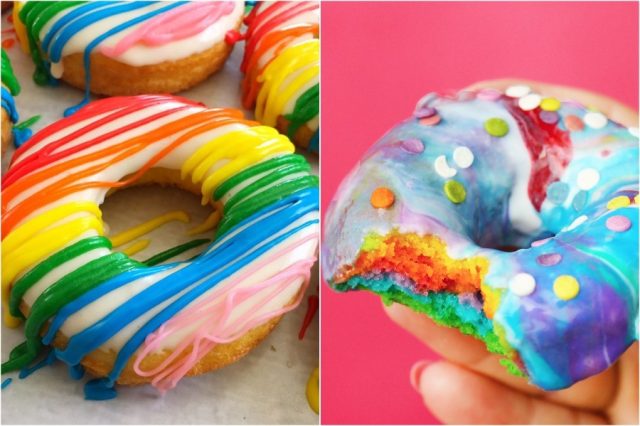